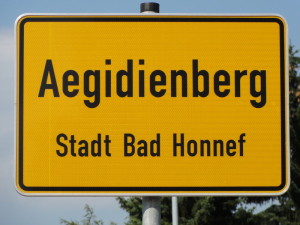 On 16 March 1945 the 60th Armored Infantry Battalion was assigned objective number 16 – The Autobahn between Aegidienberg and Ittenbach, Germany.  Capturing the autobahn would cut the German supply line in two, hastening the end of World War II in Europe.  The 60th encountered heavy artillery and anti-tank barrages from the Germans.  At the cost of 10 soldiers from the 60th, the Autobahn was secured and the German supply lines severed.

Below is the After Action report from the 60th Armored Infantry Battalion ﻿for 16 March 1945.