The High Price of Freedom - PFC Harold B. McCarn 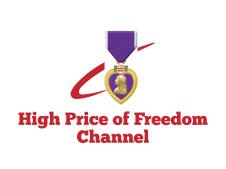 It took 18 months to complete the emotional journey to document the supreme sacrifice of my cousin, PFC Harold B. McCarn.  Harold was a 22 year old rifleman Company "A", the 60th Armored Infantry Battalion, 9th Armored Division during World War II ﻿. His unit would engage the Nazis at the Battle of the Bugle, the Bridge at Remagen, and during the capture of the German autobahn.   He was killed in action 16 March 1945, only 53 days short of Germany’s surrender.    During this very personal journey, I produced an HD documentary - "The High Price of Freedom - PFC Harold B McCarn" for our future generations.

Since my first film, I continued with my research and recently have just released my second film- "The Last Generation That Neve Came Home: Part One".  After a two years of gathering historical information, I have completed the first part of my next film. This film honors the 93,000+ World War II soldiers who are permanently interred in the American Overseas Military Cemeteries which are beautifully maintained by the American Battle Monument Commission. “The Last Generation that Never Came Home: Part 1 explains that entire process of how these young men and women came to rest in the beautiful overseas cemeteries. It covers the process of the original burials in the temporary cemeteries, the repatriation process, construction of the permanent cemeteries, and the Army’s communications process with each family. I have decide to offer this film in HD with no charge for viewing. Please feel free to share the link to film with everyone that you know.

I am proud to now offer all my films in HD for FREE viewing.  Please share links to my website with all your friends, so they can watch too.

This website is a companion tool for additional research.

Song - The High Price of Freedom