﻿﻿Camp Blanding in Starke, FL was home to the IRTC (Infantry Replacement Training Center). New recruits received an intensive 17 week training course prior to be sent into combat.  Replacements were trained here in preparation for the effort to retake Europe from Nazi Germany.

My 2nd cousin, Harold McCarn trained at Camp Blanding and was killed in action on 16 March 1945 in Germany. 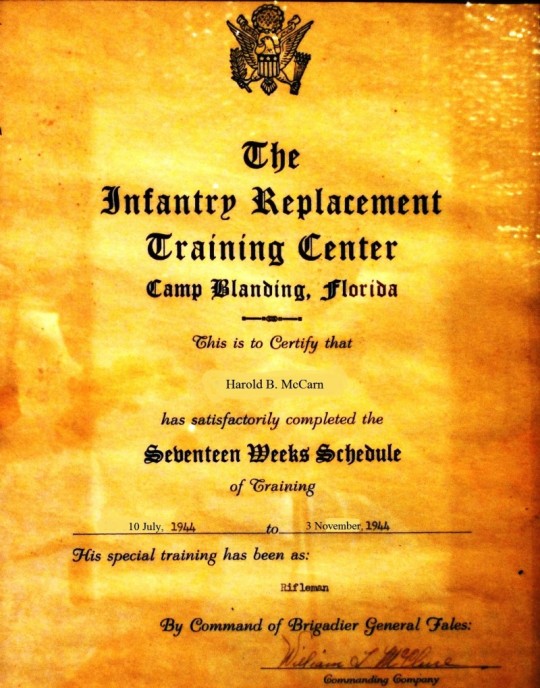